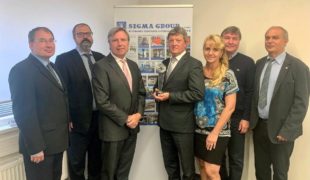 On August 26, 2021, SIGMA GROUP obtained the new certificate for project and pump production for nuclear energy as the first Czech company. The certificate opened the path to new orders for the Hungarian Paks II and it will become a necessity for all nuclear energy deliveries in the future.

Changes in the new standard

ISO 9001 used to be a standard for nuclear energy supplies, but the new standard ISO 19443 was issued in 2019. Essential reconstruction of system of standards took place because of the new requirements of International Atomic Energy Agency and nuclear security became the crucial point.

“ISO 9001 aims to meet customer requirements as a priority, but the new ISO 19443 standard prioritizes nuclear safety. This means in practice, first of all, an assessment of nuclear safety and a tailored system of design, production and documentation,” explains the difference Milan Stratil, CEO of SIGMA GROUP.

The new construction calls for a new standard

The impulse for the introduction of a new standard in the company was a customer audit of General Electric. SIGMA supplies this American company with pumping equipment as a subcontractor for the turbine of the Hungarian Paks II nuclear power plant which is being built by the Russian atomic energy corporation Rosatom. The value of the turbine supply is almost 800 million EUR.

SIGMA GROUP belongs now to a few companies in Europe certified according to the new standard. The ISO 19443 standard as a compulsory document is also envisaged in the upcoming tender for the construction of new units in the Czech Republic.

Orders for the nuclear energy

“Maintaining the full range of certificates, permissions, customer audits, software licenses and trained personnel is not a cheap matter and it is necessary to calculate with yearly investment exceeding 1 million CZK. But the result is the possibility to demonstrate that Sigma Group a.s. and its subsidiaries have in place the required system of quality, safety at work, environmental protection, welding process, etc. We believe that the effort spent will return in the new contracts for nuclear energy,” says Mr. Stratil.

Nowadays the company is an approved supplier by ČEZ, Slovak Power Plants, Škoda JS, NDK Turkey, CKBM (a manufacturer of pumping equipment and part of Rosatom), Atomstrojexport (general contractor of new Rosatom units) and General Electric, which are important companies in the field of nuclear energy. Sigma is currently working on nuclear power plants contracts for the Kursk (Russia), Rooppur (Bangladesh) and Akkuyu (Turkey) and is preparing for Paks II. The contract for Kursk power plant is worth 210 million CZK. 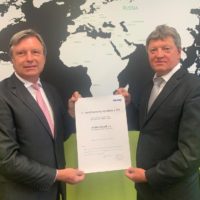