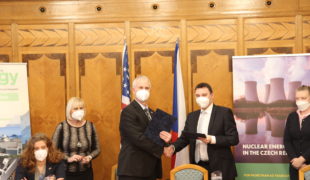 On 13 January 2022, two Czech companies and members of the Czech Power Industry Alliance, I&C Energo a.s. and SIGMA GROUP a.s., signed at the Ministry of Industry and Trade a memorandum of cooperation with Westinghouse Electric Company, one of the three potential bidders for the construction of a new nuclear unit at Dukovany Nuclear Power Plant.

“Support of the Czech industry is the Ministry’s long-term priority, and in the case of the tender for the supplier of the Dukovany II nuclear power plant, also one of the prerequisites for the project’s success,” says Tomáš Ehler, Deputy Minister of Industry and Trade for Nuclear Energy.

Last June, during the visit of the South Korean Minister of Trade, Industry and Energy, the Czech Republic similarly expanded cooperation with South Korea. The French company Electricité de France signed memoranda on future cooperation with Czech companies who are leaders in the nuclear energy sector last December.

“We are delighted about this memorandum, which builds on our previous successful collaboration with Westinghouse and confirms our company’s high level of competence and its attractiveness for the owners of nuclear power plant technology,” says Jiří Holinka, CEO and Chairman of the Board of Directors of I&C Energo a.s.

The signed memoranda can help Czech companies win contracts in Westinghouse projects abroad. This will significantly support their efforts to retain the necessary number of experts and specialists until the construction of the new unit at Dukovany begins, which could potentially be followed by even more units in the Czech Republic.

“This is another in a series of successful steps that we have taken over the course of the last year. We welcome the opportunity to join the Westinghouse supply chain and are delighted by the interest in our company. We greatly appreciate the scope of our potential collaboration with Westinghouse, which is not limited to the new Dukovany unit only, but also includes other markets, giving our partnership a new dimension,” says Josef Perlík, Chairman of the Board of Directors of SIGMA GROUP a.s. and Executive Director of the Czech Power Industry Alliance.

In the course of many negotiations and over years of mutual collaboration, the Czech companies have demonstrated their expertise and the quality that lets them become a future part of the supply chains of Westinghouse, as well as other global players in the nuclear power industry. The Alliance greatly appreciates the Ministry of Industry and Trade’s long-term support in establishing cooperation between Czech businesses and these companies, and particularly bidders in the Dukovany II NPP tender, as well as the emphasis on the involvement of Czech industry by official representatives of the Czech Republic. 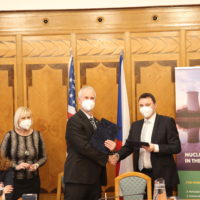 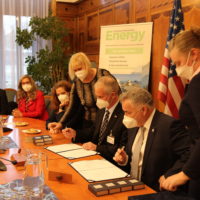